Why use ephemeral messaging in the workplace?

Ephemeral messaging (the ability to set self-destructing messages that automatically disappear from recipients’ conversation histories), is a common feature across many consumer messaging apps. But what about its place in the enterprise? 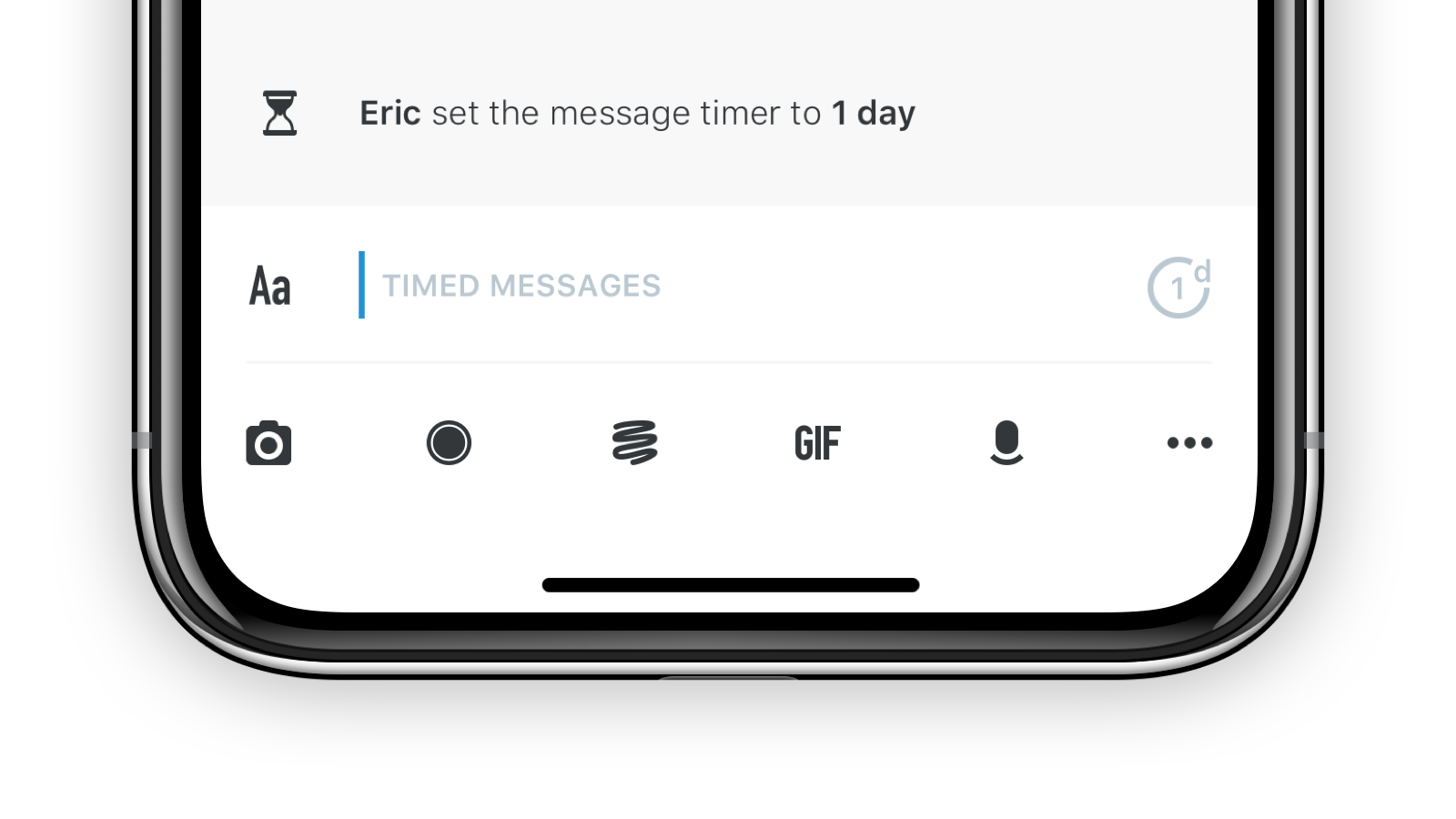 Wire has offered ephemeral messages (or timed messages as we like to call them) as a feature in its secure end-to-end encrypted service since 2016. Since then, we’ve discovered that the value our enterprise customers see in the technology extends far beyond data security.

Here’s a run-down of the use cases, and benefits Wire’s encrypted, ephemeral messaging feature offers enterprises.

Not every message is created equally. Sure, being able to go back through your history to pull last quarter’s sales numbers is going to be useful for months to come; but what about that group reminder about Bob’s leaving drinks? Do you really need that sitting around, clogging up your conversation threads for eternity?

Probably not, and that’s what our clients have told us too. Being able to share brief updates and notices with colleagues, knowing they’ll automatically delete themselves, makes it easier to keep chat histories tidy, and saves space on users’ devices. Wire’s timed messages can even be applied to pictures, videos and shared files.

The cost of e-discovery can quickly mount up. For example, Samsung’s e-discovery bill following its patent battles with Apple have been reported to have run into tens of millions of dollars.

E-discovery costs are largely based on data volume; simply reviewing one gigabyte of data is estimated to today cost in excess of $18,000 according to a study by Rand Corporation.

That’s why an effective (and appropriate) data deletion and data management strategy can help to avoid significant downstream e-discovery costs. In fact many companies are retaining (and maintaining) data unnecessarily, with studies suggesting that up to 69% of all retained data has little, to no, business value whatsoever!

3. Mitigate the use of consumer-grade messaging apps

The idea that all digital communication should be permanent isn’t something that’s hard-coded in the minds of Millennials or Gen-Z.

Raised on Snapchat (which made ephemeral messaging mainstream), these users fully embrace the idea of ephemeral messaging in the workplace. They are highly collaborative, and power-users of enterprise messaging tools, so they appreciate not having to manually curate and manage their conversation threads.

Our clients tell us that offering consumer-like tools and experiences, but through a highly secure, encrypted, and enterprise-ready solution such as Wire, is a huge benefit, and a way of mitigating the risk of employees using their own consumer-grade ephemeral messaging apps in the workplace.

Quite simply, if the sensitive information and data no longer exist – there’s nothing to hack! We’ve also (anecdotally) heard that the use of ephemeral messaging may even act as a deterrent – helping to prevent potential attacks.

Timed messages work in every conversation on Wire and there’s no need to create a separate secret chat. You can set a timer for anything — text, pictures, videos, links, documents, even pings.

Adding a timer is optional, and the timer length can be set at increments between 10 seconds and four weeks. The timer starts for the receiver when they first see the message (not when it was sent).

Typically, companies are under no legal obligation to keep records of digital communication. However, the are some exceptions – notably federal rules surrounding government, and in some highly regulated sectors such as financial services.

A company is also required to retain records of digital communications if it’s in the process of being sued. The Waymo-Uber case shows just how important it is to understand your requirements during any legal proceedings.

Typically, only around 1% of all business data needs to be retained for litigation purposes. However it is important that you seek legal counsel before creating, or amending, your data retention policies.

Get started with Wire’s ephemeral messaging by following the step-by-step user guide.